Please note Shabbat services are on the third Saturday as we are attending my grandson’s sixth birthday in Washington, DC

Please join us in the celebration of Shabbat

This Torah portion is named for Moses’ father-in-law, a high priest of Midian.  Yet, even though the portion is named in his honor, we hear very little about Yitro (Jethro) when this parsha is discussed.  The reason is that there is a very big section in this parsha that always steals the thunder.  THE TEN COMMANDMENTS.

In my drash this Shabbat I would like to remedy some of this slight and shed some light on this luminary (no pun intended).

We will, however, read the Decalogue, the Ten Commandments.

The weekly portion contains the revelation at Sinai, an event witnessed by the entire people of Israel.  The haftarah brings us the personal revelation of G-d to Isaiah and the beginning of his prophetic career.

Isaiah lived in the kingdom of Judah (of which Jerusalem was its capital) during the second half of the 8th Century B.C.E.  This was the first of 5 (or 6) Isaiahs whom we group together as one.

In this haftarah we have two very often referred to sections.  The first is Isaiah’s dream in which he sees G-‘s throne room with the seraphim flying about and uttering, “Holy, holy, holy is the L-rd of hosts, the whole earth is full of H-s glory”.  In our service we say, “Kadosh, kadosh, kadosh, Adonai tzvaot, melo-chol ha’aretz kavod oh”.

The second is later in the haftarah in which Isaiah prophesies the coming of a bringer of peace.  This is interpreted by Christians as a harbinger of Jesus Christ.  The correct interpretation is, however, the arrival of Ahaz’s son Hezzekiah, who does eventually become king.

Please respond if you are planning to attend services as we would like to know how much food to prepare for lunch/Kiddush.
If you have a birthday in February or March, please let me know, so we may honor you at services.
To Contact Rabbi Feinstein:
640 Stone House Lane, NW
Marietta, GA 30064
Web site: www.rabbiatlanta.com
E-Mail: rabbi@rabbiatlanta.com
Phone: 770 218-8094 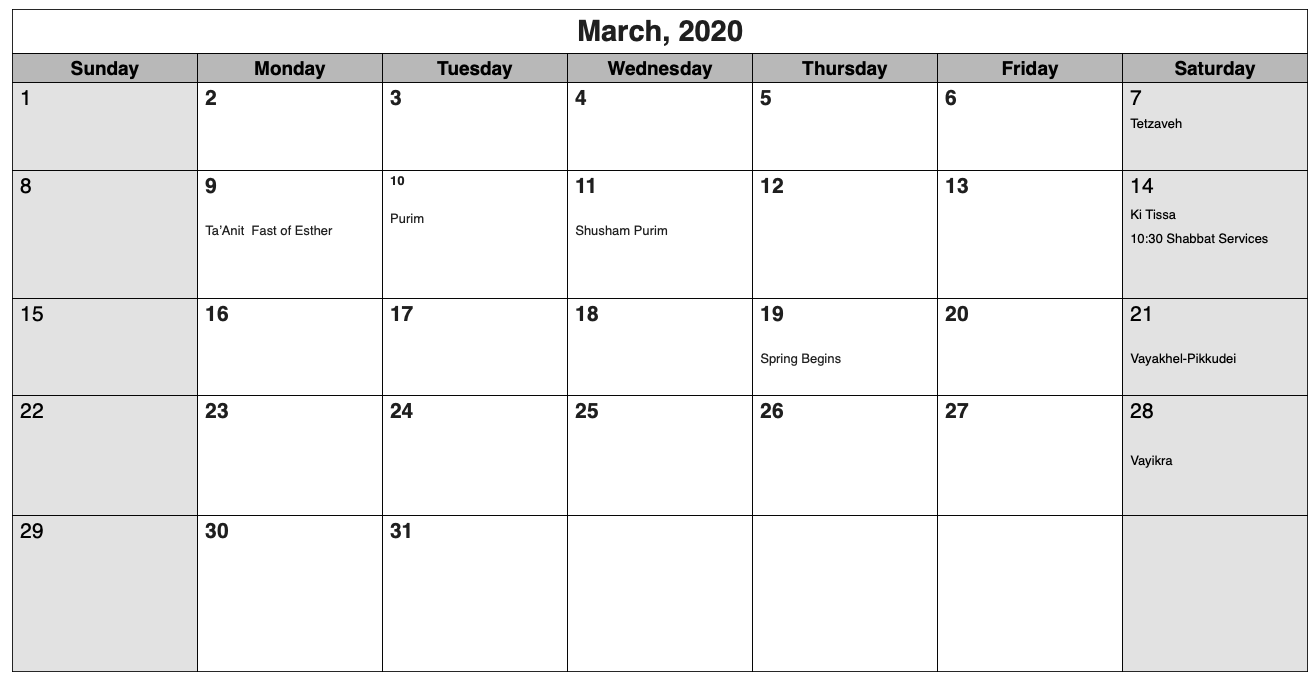